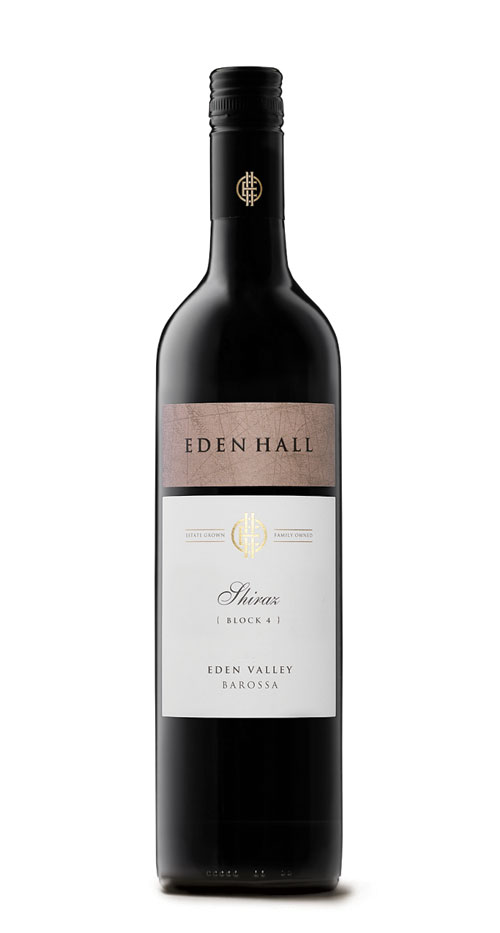 The 2014 Eden Hall Shiraz again comes from selected rows in Block 4 and  spent nearly two years in French oak followed by more than a year in bottle prior to release. The wine is a bright crimson-purple in colour with an enticing perfumed nose underscored with abundant spice including white pepper and cloves. The palate builds seamlessly with layers of chewy black fruit and mulberries in beautiful balance and with great length, finishing with soft, velvety tannins. Seductive drinking now, but has enormous cellaring potential beyond the next 20 years
Vintage Report

The 2014 growing season was one of the wackiest in living memory!  Following the low yielding 2013 vintage the season started well, but the  first threat came from unseasonal late frosts. Summer was the hottest on record with 13 days recording a maximum of over 40ºC.

During this period the devastating Eden Valley bushfire ignited on 17 January adjacent the Eden Valley Township, but thankfully (for us), the winds took it in an opposite direction to the Avon Brae Vineyard. The hottest ever summer was followed by the wettest day since 1969 with more than 100 mm of rain falling on Valentine’s Day.

Whilst some rain would have been welcome, too much of a good thing caused further loss of crop through splitting of fruit. Harvest was then on in earnest beginning with some Riesling blocks on 26 February and finishing earlier than usual with Cabernet and Shiraz on 6 April. A rollercoaster year that ultimately produced good fruit, but very low yields