Doing Grape Things for the Environment

Award-winning viticulturist Dan Falkenberg says sustainability is no longer a goal at his Eden Valley vineyard.

It’s a somewhat counterintuitive statement, considering the fourth-generation grape grower is at the vanguard of a growing movement within the wine industry to place the environment at the forefront of everything they do.

But Mr Falkenberg, vineyard manager at Eden Hall Wines, says sustainability is no longer enough. The goal now is regeneration.

“We’ve probably gone beyond the sustainability side of things really,” he says as he shows us around the 33-hectare vineyard. “It was sustainability to begin with, but we want to go beyond that – it’s all about a regenerative approach.”

To that end, he is pioneering the use of crops and native grasses under and between grape vines to enhance biodiversity, improve soil quality, reduce carbon emissions and eliminate the need for herbicides.

On top of that, all the power needed to run the lights, climate control and any other electric appliances at Eden Hall comes from the sky. A neat bank of 64 batteries stores solar energy from a 20 kilowatt solar system on the roof, leaving the vineyard completely off the grid.

Eden Hall vineyard manager Dan Falkenberg has taken his vineyard off the grid.

Not that the vines here need as much water as they used to. The combination of crops and native grasses planted under and between the vines, self-made compost and straw mulch means the soil retains significantly more moisture than ever before.

The compost, a mixture of grape marc (the solid waste left from pressing grapes into wine), chicken manure, barley straw and mushroom compost, is made on site and helps return carbon into the soil under the vines. It has also reduced the need for synthetic fertilisers by up to 80 per cent.

Mr Falkenberg has not used herbicides in some areas of the vineyard since 2015, when Adelaide agronomist Chris Penfold trialled planting a mixture of grasses directly under vines also separated by mid-rows of native grasses.

“It might look a bit messy, it’s not neat and trim and tidy, but what is going on in there is really quite incredible,” Mr Falkenberg says. “You dig down there and you’ve got this big beautiful mass – like a Rastafarian root system. So they’re like big dreadlocks which are like root exudates coming off all those root systems. That’s all feeding soil biology. You’ve got all this biology happening in the soil – you’ve got mycorrhizal fungi, you’ve got protozoa, nematodes … all of these good things in the soil.

“So when we irrigate that area, the water penetrates twice the depth that it would from a herbacided strip right next door.”

The rich root system, Mr Falkenberg explains, provides extra pathways for the water to get deep into the soil. The presence of native grasses also reduces the likelihood of undesirable – and often thirsty – weeds and attracts beneficial insects, which feed on vineyard pests, hence cuts back the need for insecticides.

As a mixed farming enterprise, the Eden Hall team also uses sheep in the vineyard during winter, grazing them on a rotational basis, thus reducing the reliance on greenhouse-gas-producing tractors to control the native grasses. And they’ve planted thousands of native trees and shrubs in wood lots and around the vineyard.

Critically, not only does the native grasses-compost-straw combination produce more self-sufficient vines, it produces better wine.

Eden Hall won best a riesling award at last year’s Barossa Wine Show but perhaps a more telling example of how wine quality can be improved came during a blind tasting session at the vineyard.

Mr Falkenberg, owner David Hall, winemaker Philip Lehmann and general manager Graeme Thredgold each tried a series of unmarked bottles of shiraz. They agreed there was one standout wine. They then discovered the winning wine came from the section of the vineyard which featured the under-vine cropped grasses, planted in 2015, and native-grass mid-rows.

“Grape growing certainly has its challenges, with climate change, there’s no doubt about that,” Mr Falkenberg says. “Water security and an increase in temperature, volatility in markets internationally … all those sorts of things have a bearing on things.

“But in terms of climate change, you have to be really adept and have a good understanding of the environment you’re working in.

“Yes it is changing. Do I need to change my practices? Can I keep doing what I’m doing, for my generation and the next generation? Well, I might be able to do that, but the next guy might not be able to.”

Mr Falkenberg says he struggles when he hears people use the term “battling climate change”. “We’re not in a war – and if we were in a war, we’re never going to win,” he says. “You need to work with nature, not against it. She’s the boss – she always wins.” 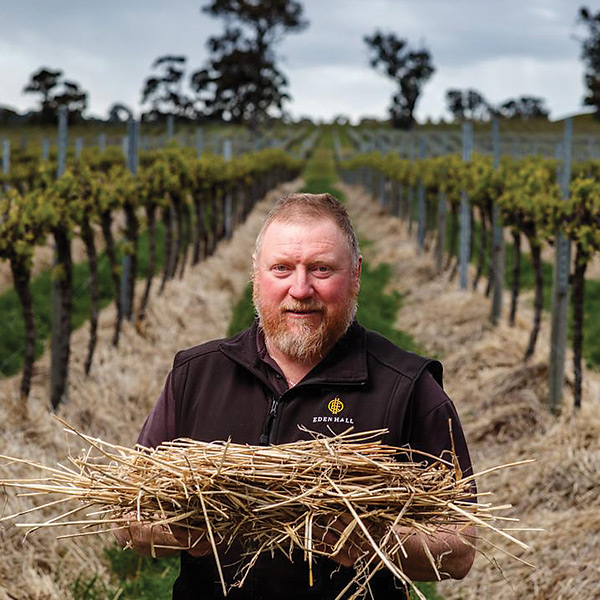 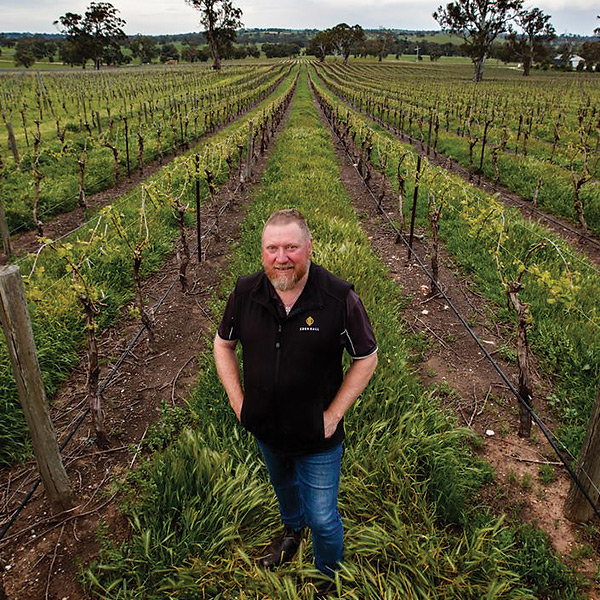